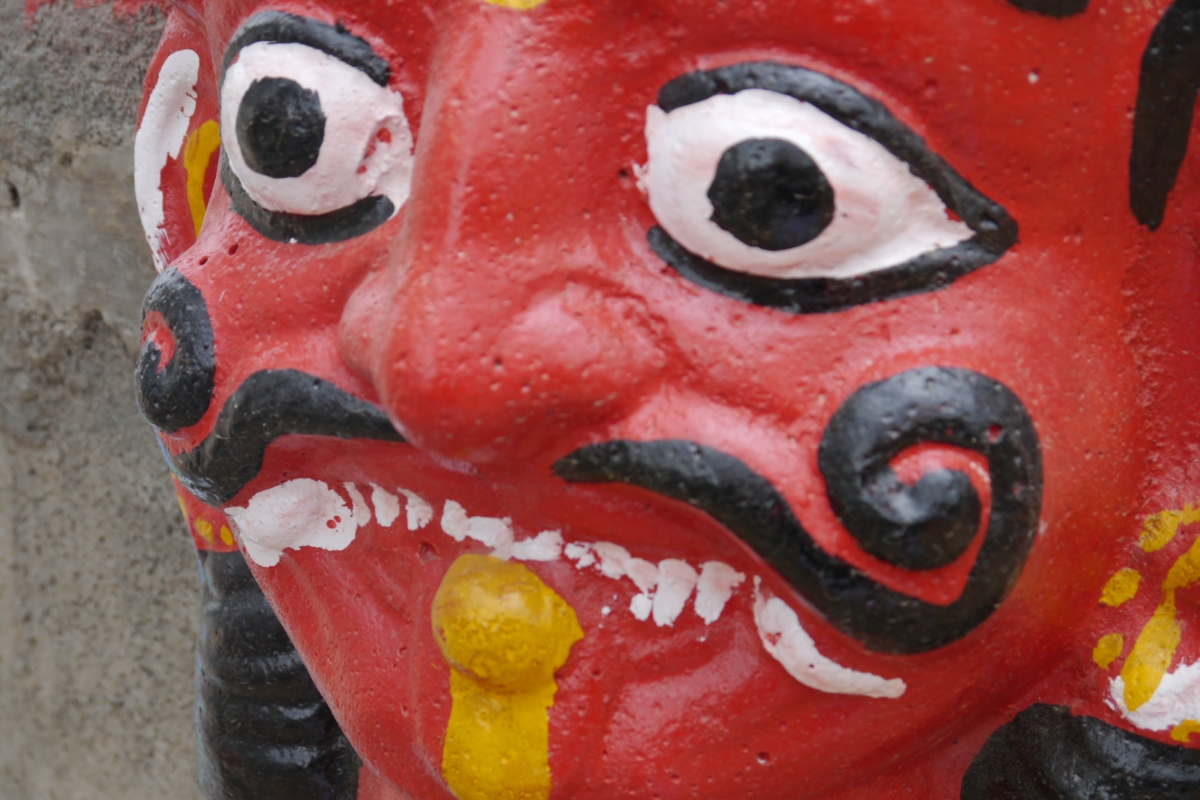 In my last post, I mentioned a face in the background.  It was a red faced mask, hanging on a building. Here is another similar face. 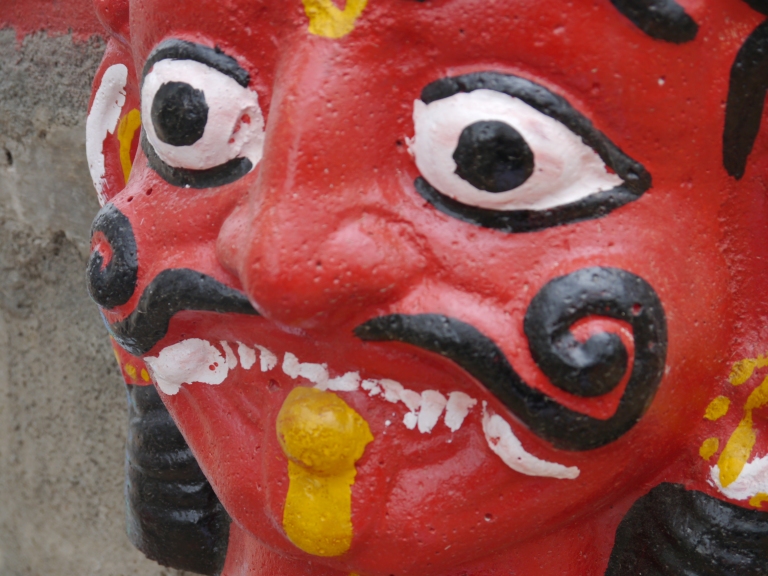 These red faces appear on buildings all over Bangalore.  In Tamil they are known as Drishti Bommai.  I have also heard them described by Kannada speakers as Muneshwara.  They are hung on buildings during construction (as you can see in the next photo of an unfinished building in Nallurahalli).  They are intended to protect the builders and the future occupants, by warding off the Evil Eye.

The next photo shows the roof of our driver’s house, built in 2012. 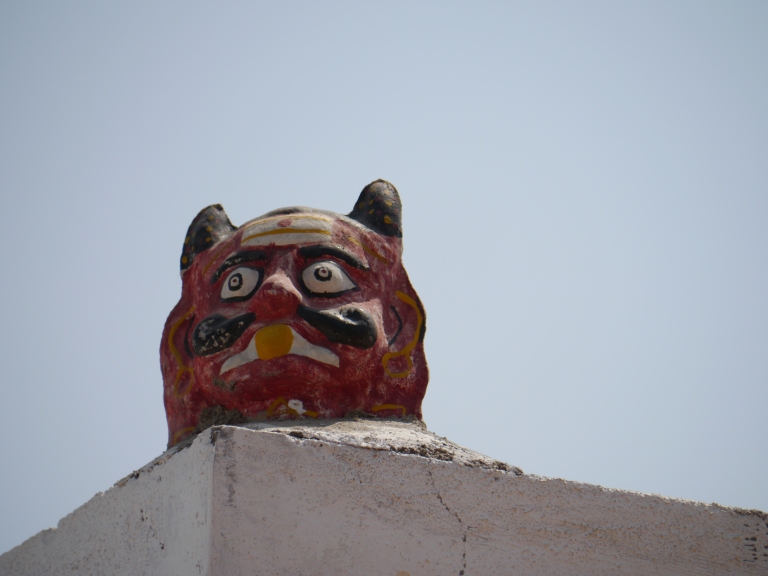 The final two photos show Drishti Bommai which haven’t been activated yet – I spotted them for sale at a roadside stall on 1 August. 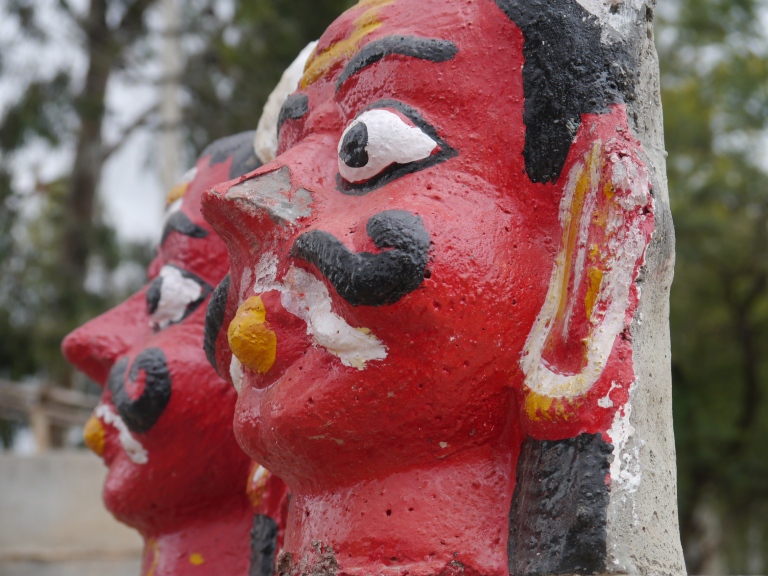 Similar faces are painted on trucks – as in my post from 9 September 2012.

16 thoughts on “Protecting your New House” 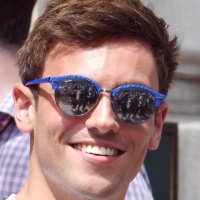 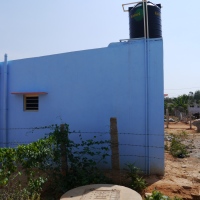 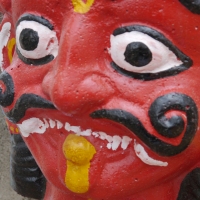 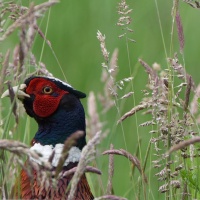 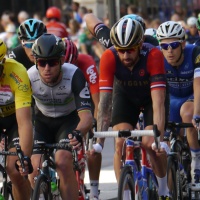 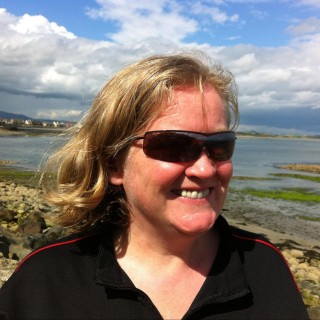